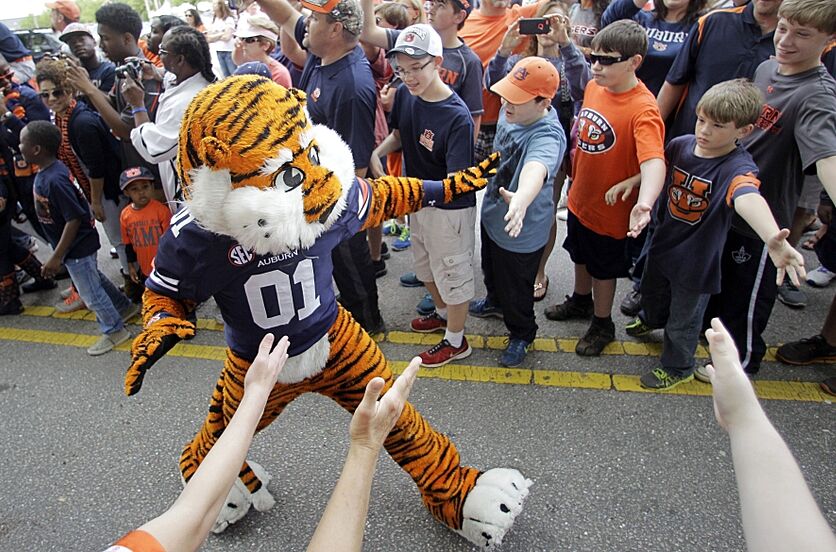 Auburn softball (24-3, 1-2) will bring its No. 3 ranking into Starkville, Miss. on Friday at 6 p.m. CT and hopes to also carry in the momentum it gained from knocking off top-ranked and previously unbeaten Florida to start the week.

While Auburn was demolishing Samford to a tune of 18-1 Wednesday evening, the Mississippi State Bulldogs (18-6) were licking their wounds from a current 3-game losing streak, no doubt ready to right the ship as they open their conference slate with a series against last season’s SEC Tournament champions.

Stat talk: The Tigers and Bulldogs appear evenly matched in one regard . . . but not so much in another.

Mississippi State has utilized 11 different pitchers — Auburn has used just five in comparison — but the bulk of their starts and innings are dealt by three aces with sub-1.00 ERAs: Cori Cooper (0.28), Regan Green (0.80), and Holly Ward (0.87).

The Auburn softball pitching staff as a unit isn’t far off statistically, and while they weren’t accustomed to running into as much trouble as they did in the Florida series, they will only be better for it, having faced top tier competition and battled through it.

When it comes to swinging the bats, separation between the two teams is much more apparent.

Really, the Bulldogs’ sole offensive advantage comes on the base paths. Auburn has nine stolen bases, having even attempted only 12, whereas Mississippi State has swiped 39 bags in 45 tries.

Simply put: This is a series that Auburn absolutely must win, and, in all honesty, sweep.

Even with the Bulldogs boasting terrific pitching, the discrepancy in offensive output between the two teams is staggering. When on the mound, Mississippi State’s pitchers will be facing a much more daunting task than will Auburn’s.

With the caliber of competition in the SEC, a regular season conference title almost requires sweeps of series exactly like this one.