Marlon Davidson returns to an Auburn defense that ranked 14th in total defense in 2017. (Photo by Kevin C. Cox/Getty Images)

The players attending SEC Media Days have been announced and the three men representing Auburn come from the Tigers’ strongest unit: the trenches.

Auburn’s three representatives for SEC Media Days have two things in common. First of all, they all forgo declaring for the NFL Draft to return for their senior years despite having the potential of going early. Second of all, they’re all linemen.

The only SEC school travelling without a skill position player, the Tigers will bring DE Marlon Davidson, DT Derrick Brown, and OL Prince Tega Wanogho to Hoover next week. The announcement was not particularly surprising considering that the Tigers’ offensive and defensive lines are preseason ranked among the best in the nation with these three key players leading the lines.

Auburn report card: Defense doing work, but offense not so much

DE Marlon Davidson led the SEC last year in blocked kicks and ranked second nationally. He plays smart, fast, aggressive, and leads the team in QB hurries.  He made 46 tackles his junior season and is projected to make more this season. After being projected to go in the second or third round of the draft, Davidson decided to return to Auburn with the intention of obtaining his degree, improving his draft stock, and winning the national championship.

DT Derrick Brown was voted second team all-SEC and has been named a first-team preseason All-American for the upcoming season. Last season Brown made 48 total tackles, 10.5 tackles for loss, and 4.5 sacks. Brown returning for his senior year came as a surprise to many. Most draft experts projected Brown as a top five defensive prospect and first round draft pick, but Brown chose to return to Auburn because he wants to win it all. 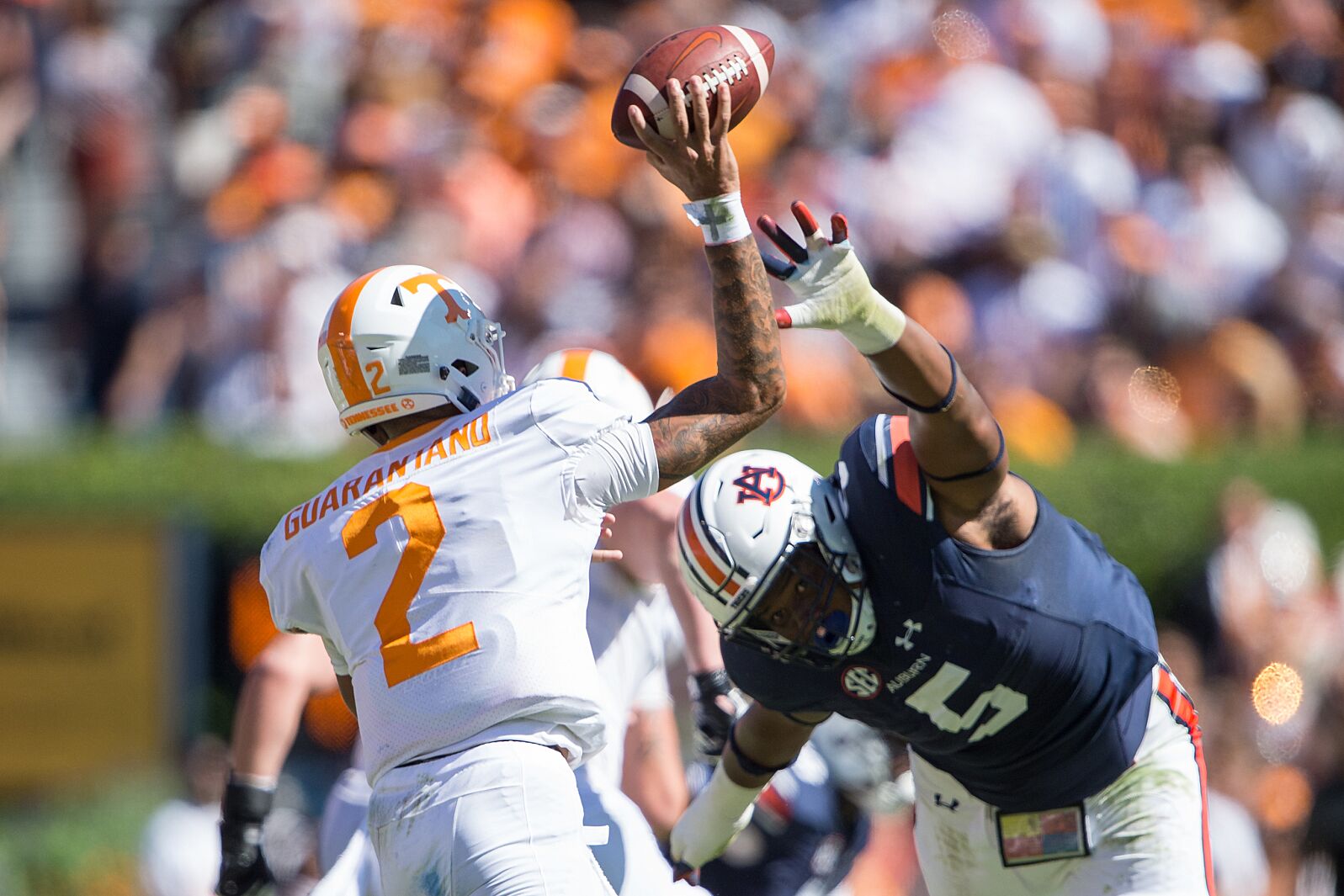 OL Prince Tega Wanogho returns to Auburn as the SEC’s highest graded run blocker and one of the best pass-blockers at the FBS level. His impressive stats earned him the top spot of highest-graded offensive tackles. Wanogho’s return brings back all five of the Tigers’ starting offensive linemen and his leadership will transform what was one of the nation’s most inexperienced lines into one of the nation’s toughest. Like Davidson and Brown, Wanogho wants to return the national championship to the plains and he believes the Tigers are closer than ever.

No SEC offensive tackle was better in the run-blocking game than Prince Tega-Wanogho. pic.twitter.com/7Pw47CnuHB

Deep within the trenches that protect and defend the Tigers is where you find three of the most talented, committed, and passionate linemen to ever represent Auburn. All eyes will be fixated on these potential first round draft picks as they address the media on Thursday.