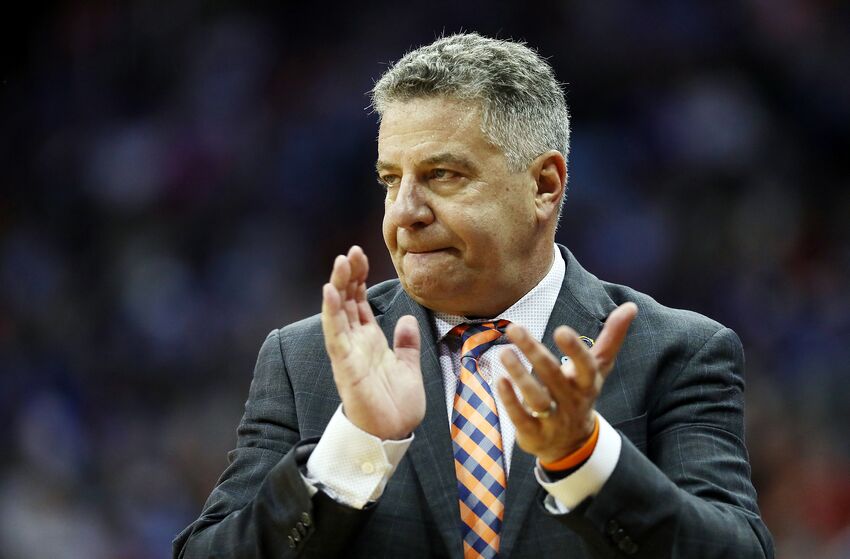 Auburn is scheduled to host Georgia in basketball Jan. 11 at 11 a.m. on ESPN News after the game was moved up from its 5 p.m. slot on ESPN due to severe weather being expected in Alabama.

Despite the scheduling change, Auburn versus Georgia has the chance to be one of the most exciting games of the weekend.

Not only is tomorrow a rivalry game between a top five, undefeated Auburn team and Georgia team who has won six of its last eight games, but the game will feature a matchup between two of the top freshmen in the country: Auburn’s Isaac Okoro and Georgia’s Anthony Edwards.

Edwards and Okoro were mocked as the No. 1 overall pick and the No. 10 overall pick in ESPN’s most recent mock draft, and the two grew up playing against each other in the Atlanta metro.

To help break down what we should expect to see from Auburn and Georgia, and Okoro and Edwards, the King of Crean (@UGAHoopsBlog on twitter) dropped by with some insight.

One of the biggest questions for the matchup surrounds who will defend Edwards. Samir Doughty was the primary factor in Auburn slowing down Vanderbilt’s Aaron Nesmith, who came into the game against Auburn as a top five scorer in the nation.

UGAHoopsBlog: I think Okoro will have a better chance of slowing Edwards down. He’s faced Edwards before and probably knows his game better than Doughty. Okoro has a great body frame that will challenge Edwards to drive on him. If he can stay in front of Edwards and make him settle for outside jumpers, then that will be the best way to slow him down.

Edwards can hurt you from anywhere at anytime, especially when his shots are falling, but keeping him out of the lane will be crucial. I expect Okoro to defend Edwards for that reason.

However, UGA has enough weapons that Okoro might be moved around, and Doughty has shut down some big name scorers (such as Tyler Herro and Nesmith) in the past, so I won’t be surprised if Auburn tries some of both.

Despite Okoro’s versatility, he probably won’t be seeing much of UGA point guard Sahvir Wheeler and UGAHoopsBlog thinks that could work in the Bulldogs’ favor.

UGAHoopsBlog:  The biggest mismatch in Georgia’s favor is Wheeler on J’Von McCormick. Wheeler has a crafty game and opens up the offense for the Bulldogs. Don’t let his size fool you, he can finish strong down low for a 5’8” guy. Wheeler can also force turnovers on the defensive end. He had three steals on Tuesday night against Kentucky.

While Okoro likely won’t be guarding much of Wheeler, someone on UGA will have to guard Okoro. Especially after the Auburn freshman scored a season-high 23 points against Vanderbilt.

UGAHoopsBlog: I think Edwards will be matched up on Okoro for the majority of the game. Toumani Camara will also defend him.

Okoro could have another big game, but the Bulldogs’ lack of size could give a big advantage to Austin Wiley.

UGAHoopsBlog: Wiley is the hardest post-player to defend in the league for the Bulldogs. Rayshaun Hammonds will be in for a hard day, and he cannot pick up any unnecessary foul calls, because he’s too valuable of a piece for the Bulldogs. The key will be to try to force turnovers, or at least contest a shot in the post when he gets the ball.

Hammonds could be the key to the game for Auburn, especially if the Tigers can get him into foul trouble and Wiley keeps making his free throws like he has been.

UGAHoopsBlog: In the Bulldogs’ four defeats this season, Hammonds has not logged more than 25 minutes. He has often gotten into foul trouble in matchups and without him on the floor, UGA has no player who can match up and score down low consistently. He’s been Georgia’s leading scorer and rebounder in UGA’s three biggest wins this season over Memphis, SMU, and Georgia Tech. He’s going to have to have a double-double and be on the floor for at least 30 minutes tomorrow if the Bulldogs want to come out with a win.

Auburn has won its last four games against Georgia, but 2020’s first game between the two teams could be the most testing matchup in the last three seasons.